On and Off the Hook

3rd June 2018 | Karen Rogers
StraightCurves | On and Off the Hook

Best laid plans and all that. When we first got the new website that was nearly a year ago now, I had a plan it was ambitious and like my many of my plans didn’t quite follow a straight path, however here it is… Hopefully this is the first of many blogs from me myself about what I have been up to recently, mostly crochet but hoping to address that over the summer to get some sewing done. 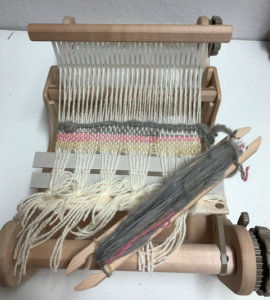 Firstly I decided to take advantage of us needing a first aider for our new weaving course by taking part myself. This has resulted in me starting quite a few new projects including the one shown here to the left which is made from yarn I dyed in 2013 and spun especially for this project so it felt very satisfying to actually start to make something with it. 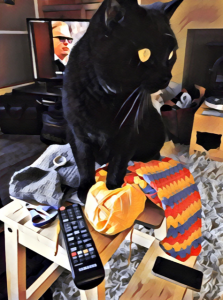 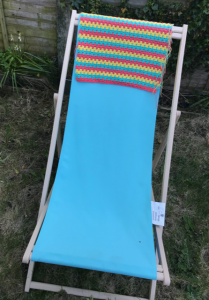 Just for fun, and more than a little pointless, I decided to make a cover for a deckchair. The chair itself is from ikea and was just £19 and I have started crocheting a granny square row cover for it. I decided not to chain between the sets of 3 trebles to get a more snug finish. Once finished I plan to lace up the back using some wool to allow me to easily remove it for washing should I get ice cream on it! 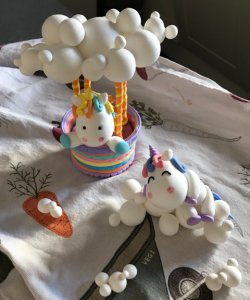 Recently I have been making cake topper’s for various customers ad here is one I made in May. Unicorn’s and clouds although my inner perfectionist  was not satisfied with the results the little girl and mum were over the moon with their 1st birthday cake topper. If you would like me to make one for you please get in touch, more than happy to do non-unicorn related ones too! 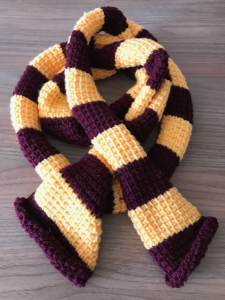 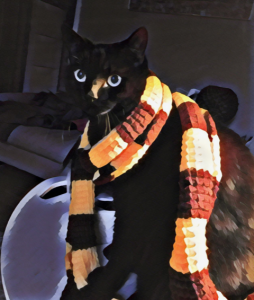 Having been driven slightly mad by the huge tunisian crochet blanket I finished in January for a special little man’s birthday I have now completed 2 matching scarves to start to use up the wool I had left over. Judging by what’s still  left there will be a few more in my future. I am going to write up a pattern for this at some point this year too, all being well. 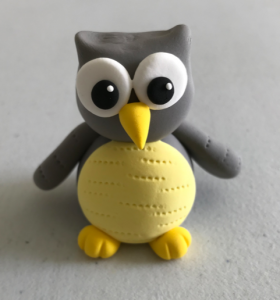 I have as usual been leading many children’s parties and recently made this little fella during one of them. It’s a rarity for me to like something I make while teaching as often there is not time to pay attention to my model while ensuring the children are having a great time, however this bunch were particularly amazing and Ta Dah! Oscar was born. If you would like to take part in JumpingCLAY as an adult please get in touch we do run classes every so often but lately it’s been a bit busy to fit them in. 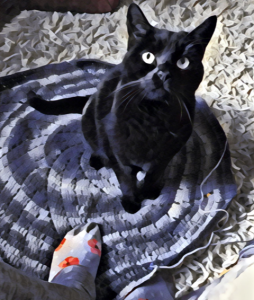 If you haven’t seen it already we have a new course starting soon to create a “Spin Me Around” Blanket using Stylecraft Batik Swirls. We ran a crowdfunder campaign that didn’t quite make the target but we have decided to go ahead anyway. If you would like to take part over the summer in this course I am honouring the offer price of £36 for anyone who gets in touch via email stating which colour way they would like and pays before the end of June. We will be running casual sessions over the summer in July and August on Wednesday mornings and evenings to fit in around your holidays. After that the course will be bookable on set sessions from September at the full price of £56 including 4 hours of tuition and 3 200g balls of Stylecraft Batik Swirls (RRP 9.99 a ball). 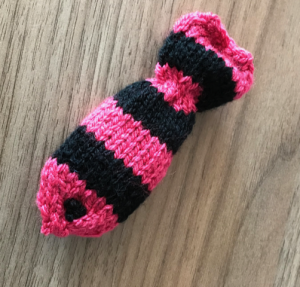 And lastly a little challenge to some of my very rusty skills – I picked up a set of 4 double pointed knitting needles and made this little knitted fish cat toy. I decided not to stuff him as one of my cats, Elliott, does think he is a hoover and would given the chance eat stuffing! So he purely has the ends inside from the colour changes. It was quite a simple pattern that I adapted from a book and then stitched into the shape of a fish. Shock horror not only did I manage it without too many hiccups but also it’s a hit. My cats have both been playing with it and it’s currently missing in action – probably under the sofa so I am very happy I got a photo as soon as he was finished.

Looking forward to catching up with you all soon, hopefully by next blog post will be before the end of the month (whether that’s June or July remains to be seen). 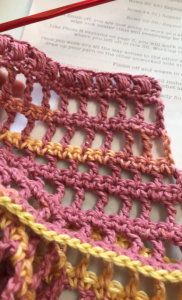 ps. I am also making a crocheted beach dress in King Cole Cotton which I am enjoying (apart from the counting which I have now mostly abandoned) hoping to have it finished soon. Considering making another to my own design now that I understand the principle as I’m not keen on the green in this yarn (not shown on picture).

Emergency First Aid Work is back